The role of the judge is to decide whether, as between two opposing parties, the party that is advancing a claim has discharged the evidential and legal burden incumbent upon him if he is to win.

A judge has to decide what happened, to piece together the story and attempt, on the basis of all evidence available produced in court, to reach a sound factual conclusion.

It is crucial to make positive findings of fact.

The judge will be faced with subjectivity, chance, perjury, a risk of bias, the danger of false impression, the honest witness who might be frightened or irascible; the false witness who appears credible; the honest but mistaken witness; deal with dead or missing witnesses, missing or destroyed documents.

Hearings should be conducted in public and reasoned decisions given.

Under Article 6 of the ECHR all courts are required to give reasons for their rulings and judgments to demonstrate that a fair hearing has been conducted before an independent and impartial tribunal.

Reasoned decisions should be in plain language in order to demonstrate that the judge has used a process of structured decision-making rather than reaching a decision arbitrarily.

Reasoned judgments assist the losing party in understanding the judges decision.  They also assist the appellate court that may hear an appeal.

Judges assess the credibility and reliability of evidence by asking how probable an account is in light of agreed facts or uncontentious evidence, of contemporary documents and of the evidence of independent witnesses whose impartiality is not in question.

At the outset of the decision-making process the judge must have in mind which facts are agreed and which are significantly in dispute.  The judge must be able to formulate a sufficiently detailed reason for preferring one witness to another.

So, how do judges set about their fact-finding role? Most judges will first determine what facts are agreed. Agreed facts form the basis from which to establish the truth between conflicting events.  Assertions of fact are not evidence unless admitted or supported by evidence.

If the judge has read the pleadings and is familiar with the case he will be consciously looking for omissions, conflicts and ambiguities in the documentary evidence.  This will show the judge the margin of dispute and the materiality of the evidence.

Inferences of fact may properly be drawn from findings of fact.  For example, the absence, without proper explanation, of a document usually available to a party to prove a contested matter would create a legitimate adverse inference.

Some judges claim to decide intuitively what should be the outcome of a case and then go on to analyse the law in such a way as to justify that intuitive decision. Other judges will start from the anchor point of agreed facts and proceed to a logical development of the necessary findings.  They do this by establishing a pattern of decision-making in which they decide each conflicting fact and apply the law to it separately and then move on. 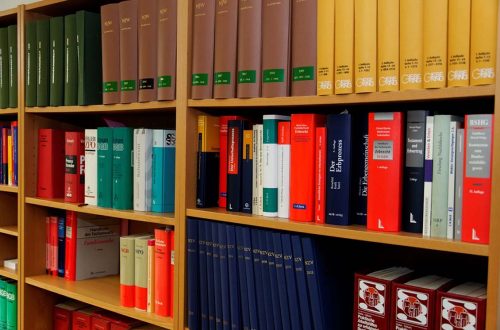 The Importance of Hiring a DUI Criminal Lawyer

Why Hire a DUI Attorney?